Decernis has published an update to our Privacy Policy. Please read these updated terms and take time to understand them. Your use of Decernis systems is subject to these revised terms. Please visit our Privacy Policy on the website below. These changes are brought about in response to the General Data Protection Regulation (GDPR) (EU) 2016/679 which is a regulation in EU law on data protection and privacy for all individuals within the European Union. It addresses the export of personal data outside the EU. By agreeing you represent to us that you are legally able to comply with these terms of use.

It is fair to say that 2020 was a challenging year with wide-ranging effects, including significant effects on our ongoing efforts to ensure food integrity and prevent fraud in the food system. COVID-19 caused major supply chain disruptions for foods and many other consumer products. It also highlighted challenges in effective tracking and standardization of food fraud-related data. 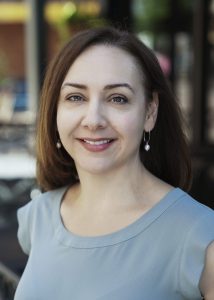 Let’s take a look at some of the notable food fraud occurrences in 2020:

We have currently captured about 70% of the number of incidents for 2020 as compared to 2019, although there are always lags in reporting and data capture, so we expect that number to rise over the coming weeks. These numbers do not appear to bear out predictions about the higher risk of food fraud cited by many groups resulting from the effects of COVID-19. This is likely due in part to reduced surveillance and reporting due to the effects of COVID lockdowns on regulatory and auditing programs. However, as noted in a recent article, we should take seriously food fraud reports that occur against this “backdrop of reduced regulatory oversight during the COVID-19 pandemic.” If public reports are just the tip of the iceburg, 2020 numbers that are close to those reported in 2019 may indeed indicate that the iceburg is actually larger.

Unfortunately, tracking food fraud reports and inferring trends is a difficult task. There is currently no globally standardized system for collection and reporting information on food fraud occurrences, or even standardized definitions for food fraud and the ways in which it happens. Media reports of fraud are challenging to verify and there can be many media reports related to one individual incident, which complicates tracking (especially by automated systems). Reports from official sources are not without their own challenges. Government agencies have varying priorities for their surveillance and testing programs, and these priorities have a direct effect on the data that is reported. Therefore, increases in reports for a particular commodity do not necessarily indicate a trend, they may just reflect an ongoing regulatory priority a particular country. Official sources are also not standardized with respect to how they report food safety or fraud incidents. Two RASFF notifications in 2008 following the discovery of melamine adulteration in milk illustrate this point (see Figure 1). In the first notification for a “milk drink” product, the hazard category was listed as “adulteration/fraud.” However, in the second notification for “chocolate and strawberry flavor body pen sets,” the hazard category was listed as “industrial contaminants,” even though the analytical result was higher.1 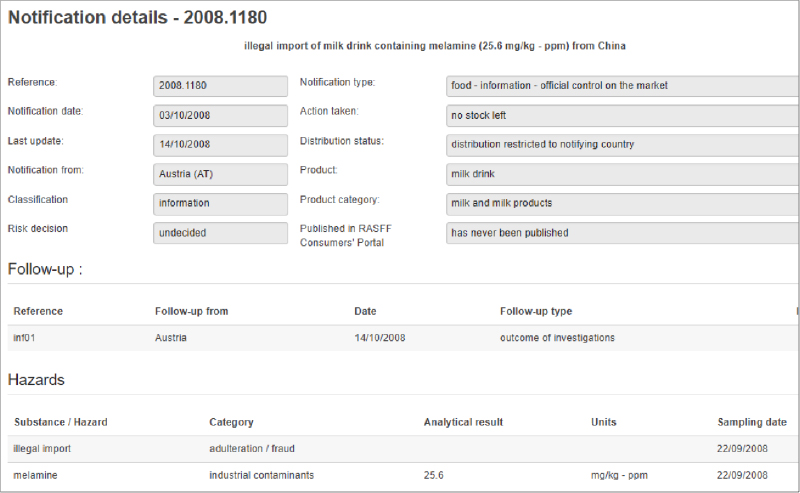 What does all of this mean for ensuring food authenticity into 2021? We need to continue efforts to align terminology, track food fraud risk data, and ensure transparency and evaluation of the data that is reported. Alignment and standardization of food fraud reporting would go a long way to improving our understanding of how much food fraud occurs and where. Renewed efforts by global authorities to strengthen food authenticity protections are important. Finally, consumers and industry must continue to demand and ensure authenticity in our food supply. While most food fraud may not have immediate health consequences for consumers, reduced controls can lead to systemic problems and have devastating effects.

Karen Everstine is Senior Manager, Scientific Affairs with Decernis, which delivers technology-enabled global risk management solutions for product development, compliance, safety, regulatory, and market access. She has fifteen years of food protection experience, most recently focused on supporting the food industry in their efforts to ensure food authenticity and compliance with GFSI food fraud requirements and the EMA-provisions of the Food Safety Modernization Act. She leads food fraud support at Decernis with the Food Fraud Database, a resource that collects and standardizes relevant food fraud data to support vulnerability assessments. She has previously held both research-based and applied roles in academia, government, and non-profit organizations, and has collaborated with members of the food industry and regulatory agencies on many projects, working with expert committees on this issue. She received her PhD and MPH from the School of Public Health at the University of Minnesota and began her food safety career on “Team D” at the Minnesota Department of Health. Her areas of expertise include a strong knowledge of the food regulatory landscape, food safety and authenticity. She has authored many peer-reviewed journal articles, trade journal pieces, and regularly responds to media requests. 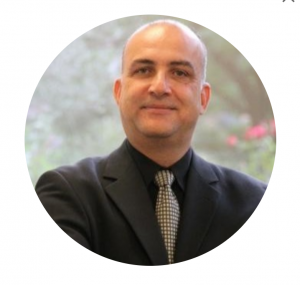 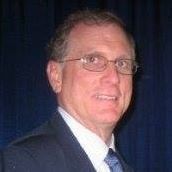 Rich LeNoir has 37 years of experience in the industry. He currently works as a
Subject Matter Expert for Decernis.
Before forming his own consulting company, The Catcher Consulting LLC in 2013, Mr. LeNoir worked for Hercules, Inc., Himont Inc., Montell Polyolefins, Basell Inc. and LyondellBasell Industries. Over his career, he has held positions of salesman; R&D engineer; plant process
engineer; plant assistant area supervisor; corporate health, safety, environment and regulatory affairs specialist; product safety specialist and product stewardship manager. Of his 37 years in industry and almost 7+ years of consulting, 35 years has been in product stewardship, product safety and regulatory affairs. His expertise includes food contact, chemical registration and other product regulations, on the local and national levels, from all over the world, and developing product stewardship business processes.
In addition to his work experience, Mr. LeNoir has been an active member of Plastic Industries Association (formerly SPI) for more than 30 years. He has been a member of the Food, Drug and Cosmetic Packaging Material Committee (FDCPMC) during this time, serving as its chairman from 2006-2012. Also, Mr. LeNoir has been a member of Plastics EHS+ Committee dealing in issues of worker health and safety, environmental compliance and product regulatory. Other trade association participation has been several committees at the American Chemistry Council (ACC), and the International Material Data System (IMDS) and Global Automotive Declarable Substance List (GADSL) committees organized under the Automotive Industry Action Group (AIAG). Mr. LeNoir has authored chapters on polypropylene regulatory requirements and manufacturing in two Polypropylene Handbooks published by Himont and Montell, respectively. In addition, he has authored a chapter concerning food contact regulation status of various plastics in jurisdictions around the world in “Global Legislation for Food Contact Materials” published by Woodhead
Publishing. A chemical engineer by training, Mr. LeNoir received his B.S. in Chemical Engineering from the University of Delaware in 1975. 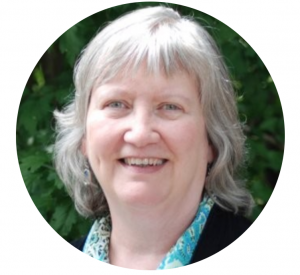 In my current role, I serve as an advisor to various clients regarding food labeling as well as supplements labeling. Key activities include:
• Define product strategy and implementation
• Audit data accuracy and currency
• Drive improvements to the gComply Plus database
• Inform clients regarding regulatory compliance issues

I am responsible for gComply Plus which is a regulatory database encompassing the regulations of 224 countries and 28 economic communities. The regulations contained in the database include food additives, contaminants, standards of identity, food contact, cosmetics, supplements, animal feed and much more. 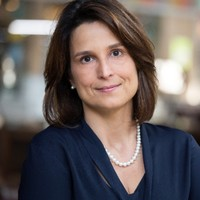 Kim Milone is an attorney and Senior Director of Regulatory Affairs for the Company, managing all research activities and the work of Decernis’ global research team.  She also coordinates the work of the Global Advisory Services practice with that of the global research team.  She has served as project lead and expert in Decernis projects with major food, beverage and supplement companies.

Before Decernis, Ms. Milone practiced law at the trial and appellate levels and also taught legal studies, including legal and regulatory research, at the University of Central Florida.  She is also a Certified Mediator. 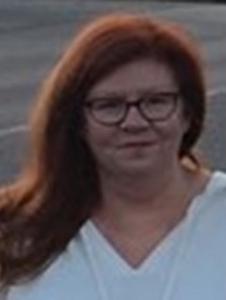 Julie Holt is a subject matter expert in the area of food, food ingredients, additives and supplements. She has more than twenty-three years of regulatory experience in the food and food ingredients industries and managed her own advisory firm, Scientific & Regulatory Solutions LLC, for a decade. During this time, her primary client was PepsiCo. Her food ingredient competencies include: flavors, sweeteners, colors, enzymes, probiotic blends, beverages, snack foods, juice, dairy products, supplements and fine chemicals.  She has provided global regulatory coverage for more than 200 countries for various employers and clients including Givaudan Flavors Corp. and Degussa AG.

Ms. Holt has a BS in Biology (emphasis in cellular / molecular biology) and Organic Chemistry and she holds a Master’s Certificate in International Food Law from Michigan State University.  She has also completed 30 hours of graduate studies in comparative biology and genetics. Ms. Holt continues graduate studies and is currently enrolled in pharmacology courses. 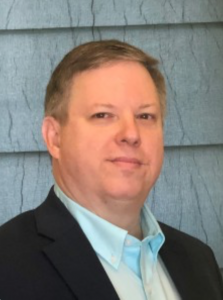 Dr. Cheeseman’s career includes a 20-year career at the U.S. Food and Drug Administration culminating in leadership positions in FDA’s Office of Food Additive Safety and Center for Food Safety and Applied Nutrition.  Dr. Cheeseman held primary authority for FDA decisions regarding the safety of food additives, color additives, GRAS ingredients and bioengineered plant foods.  In addition, Dr. Cheeseman had primary authority for program decisions regarding enforcement decisions in the areas of food additives and ingredients and related issues.  During his FDA career, Dr. Cheeseman oversaw the review of over 1100 food contact notifications, 200 GRAS notices and over 100 food and color additive petitions.

Henrik Jungclas is a Project Manager at Decernis, mainly focusing on Food Contact Projects, Supply Chain Management and Auditing. Prior to his recent position, he has worked as a Regulatory Affairs Manager and auditor for quality and hygiene standards at Tetra Pak, Weidenhammer and Sonoco Consumer Products Europe since 2006. He is a trained quality manager and Six Sigma Green Belt.

Dr. Jungclas is currently chair of the Food Contact group of the German Paper Converting Association, external expert to the German BfR Commission subgroup Paper & Board and co-author of various books around Food Contact Materials and Hygiene management. He holds a PhD in Analytical Chemistry from the Phillips-University Marburg. His primary interests are global compliance and environmental assessments of Food contact materials. 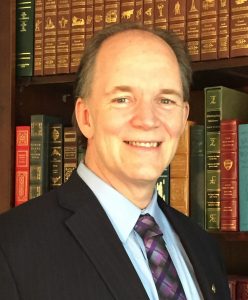 Kevin is co-founder of Decernis and is an experienced regulatory attorney who has worked and consulted for 24 years in the food and consumer products space. He advises some of the world’s largest manufacturers on Food compliance and Supply Chain challenges globally. Kevin is responsible for both the regulatory content of its products and its Subject Matter Expertise across the 219 countries Decernis covers.

Kevin is a frequent speaker at international conferences and an active participant in the Regulatory Affairs Committees of food, cosmetic and consumer product associations.  Kevin also attends the Codex Alimentarius Committee on Food Additives (CCFA) in China annually as a member of the International Food Additives Council and has done extensive capacity building training seminars for governments in Africa and Asia on Food Additives, Labelling and Food Contact regulation.

Prior to founding Decernis, Kevin worked as a regulatory attorney and later VP, International Operations at Ariel Research, which managed product safety regulations globally for chemical manufacturers. He also taught Public International Law at the Christian-Albrechts-Universität in Kiel, Germany.

Kevin has lived and worked for seven years across five European and Asian countries and is fluent in German, Spanish and French. He possesses an honors Juris Doctor, an LL.M. in International Law and the Hague Diplôm de Droit International.  In 1992, he was awarded an Alexander von Humboldt Research Fellowship in Bonn, Germany.

Just fill out a few details and get a free demonstration online by our experts.

Just fill out a few details and get a free demonstration of the Food Fraud Database online by our experts.

Request a live demo for gComply

Just fill out a few details and get a free demonstration of gComply online by our experts.